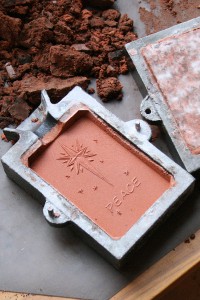 While copyrights and design patents are important, I’ll be using this blog to offer up test theories, in-process resurrections of historical metalsmithing techniques discovered through *Forensic Metalsmithing* and even small or mini projects for people to try out in their own studios. In effect, a place where we can borrow from the high-tech world and *open source* ideas, techniques and handcrafting processes.  As well, this is the place which seems best suited to answer questions asked by interns, apprentices and fellow metalsmiths, colleagues and artists – as well as discuss the thought processes and concepts behind the answers. 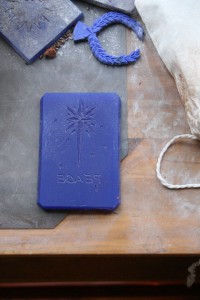 For example, by open sourcing the handcrafting process which we’ve been referring to at Ildanach Studios as *Medieval Mass Production* though more commonly know by its modern term *Pressblech*, the entire process has benefited. Not only have we discovered why they used the process, but how. By getting it out there into the hands of practicing metalsmiths, rather than keeping it academic, we’ve discovered how they did it, why certain parts of the process were used and when and even to the amazement of archaeologists and scholars, that museum items formerly designated as
*unknown use* or mislabeled as another use than its original purpose, suddenly had meaning and purpose.

So, whether you’re a metalsmith, student, scholar, archaeologist, artist or just interested, come on in. Understand that ideas, processes and techniques discussed and shared here in this blog are open source – meaning others will take them, use them, improve them and bring them back for you to do the same. Spread the word. Let’s get started. 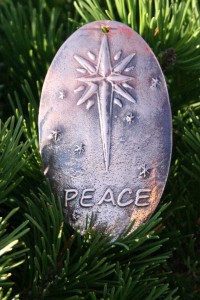 Oh, and my parameters? No drama. But be ready for discussion, debate and real world critique.  Think, Discuss, Critique, Explore…