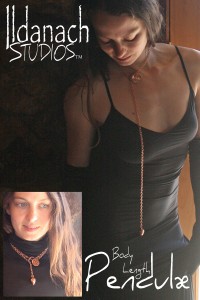 That’s not how it’s done and that can’t be done are two of the most simplistic, limiting and debilitating teaching methods out there.  Yet these are phrases so often used.

Do I have specific methods and ways of doing things?  Absolutely.  As a master metalsmith I have developed techniques and processes for doing things based on technique, cost, joy and even pure laziness…um, efficiency – methods to my madness.  The key here is my madness.

When I am sharing knowledge and skill, whether it be with an employee, apprentice or fellow artist or teaching a class or workshop I represent a school of thought.  I therefore attempt to emphasize the method I am sharing as being one way of doing a given technique.  Is it the best way I have found?  Probably.  Yet in teaching toward a school of thought which promotes exploration and the journey, I have found it important to also include a phrase similar to try it this way so you have it as a part of your foundation, then make it your own.

As soon as someone in authority utters that can’t be done, that’s wrong, or that’s impossible, they throw a roadblock between emerging artist and learning, evolution…and success.  You can almost see the mental block develop right away.  If the student is blessed with an open mind, they may break free or jump over the roadblock but their chances are slim. 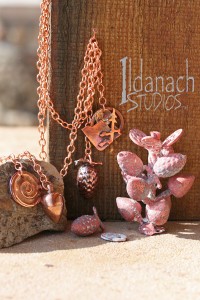 One of my favorites for sheer ludicrousy…casting copper.  I am amazed at the number of professionals and academics who belong to the school of thought promoting the concept that you cannot cast copper – it is impossible.  When asked, their reasoning has become rote, sometimes with vague gesticulations toward some obscure tome and is often so profoundly absurd I simply stand there and sputter, roll my eyes or rudely break out in laughter.  As a result, it is a joke question we ask when we are interviewing for a new bench artist or intern just to find out what we are going to be up against during training.

If copper is impossible to cast, stop by the Studio some time and I will perform metallurgical magic – transmuting copper into a molten state while moving it through a clay matrix with an intensified gravity turbulence vortex into a void at which time it shall reappear in a solid state and in a new form entirely.  Alchemy?  No, basic metallurgy.  Is casting copper harder than other industry standard metals?  In some cases, yes, but attention to detail and a slightly higher casting temperature than its specific gravity and flow point would suggest and you have got it. 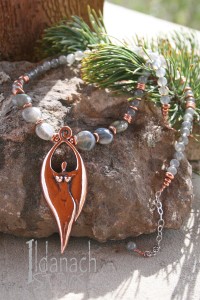 Dry humor aside, one of the foundation principals in Forensic Metalsmithing is exploring with no boundaries.  Whether academically, classically or self taught, keep this knowledge base as your foundation but move on with an open mind.  Find every possible book on metalsmithing, old and new, but leave them in your reference library.  Let training and reference suggest but leave your exploration open to the what ifs that are out there waiting.

Take a look at the Renaissance, both Italian and German.  Consider Space Exploration just in your lifetime.  Look at technology within the past 10 years alone.  Nothing is impossible.